Boris Johnson: Time to ‘move on’ from PM’s use of Jimmy Savile slur, says health secretary

Sajid Javid has called for people to “draw a line under” Boris Johnson’s use of a Jimmy Savile slur last week.

Speaking to Kay Burley, the health secretary said it was time to “move on” from Mr Johnson’s remark attacking Labour leader Sir Keir Starmer over the failure to prosecute Savile when he was director of public prosecutions.

It comes as the PM continues to face calls to apologise for making the discredited claim, while some ministers have distanced themselves from the comment.

Live updates as Starmer cleared over beer during lockdown 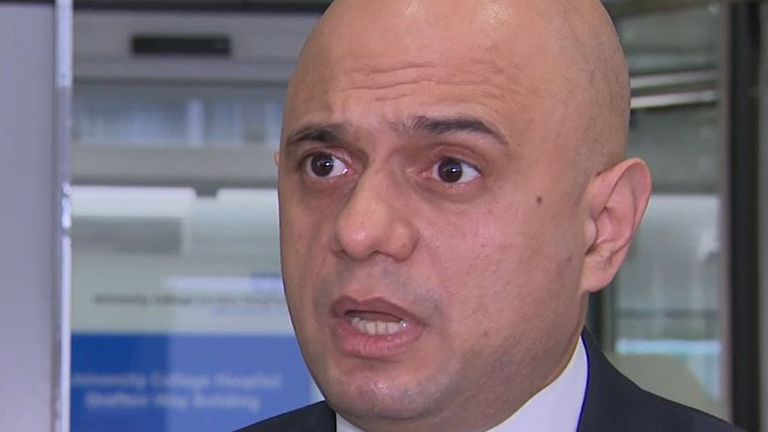 Asked if Mr Johnson should say sorry, Mr Javid said: “I understand the sensitivities around this – and this is why the prime minister himself, after he said what he said in parliament, has clarified his remarks.

“And really, I think that is all there is to this now. I think we should really just try to move on from this.

“There is so much else that is going on, and I think we should draw a line under this issue and try to move on because the prime minister has come forward and clarified his remarks.”

Sir Keir accused the PM of using the “conspiracy theories of violent fascists” to score political points, having described it as a “ridiculous slur peddled by right-wing trolls” during an interview with Sky News last week.

Mr Johnson stepped back from his use of the discredited claim after days of criticism, saying Sir Keir “had nothing to do personally with those decisions”.

“I was making a point about his responsibility for the organisation as a whole,” the PM added.


‘I wouldn’t have said it’: Sunak on PM’s Savile comment

Cabinet split on PM’s use of claim

It came after Chancellor Rishi Sunak distanced himself from the PM’s use of the claim.

Mr Sunak said in a Downing Street news briefing on Thursday that he “wouldn’t of said it”.

Conservative peer Lord Barwell, who was chief of staff under Mr Johnson’s predecessor Theresa May, told Sky News making the allegation was a “stupid thing” for the PM to have done.

Mr Johnson’s policy chief Munira Mirza resigned over the comment – one of five aides to depart Number 10 within the space of 24 hours, as the fallout from Downing Street gatherings during COVID restrictions continues.

Twelve of the gatherings are being investigated by the Metropolitan Police.

The PM has since appointed a new director of communications and chief of staff, although questions have been raised about how Stephen Barclay will be able to carry out the latter role given he is already a minister and MP. 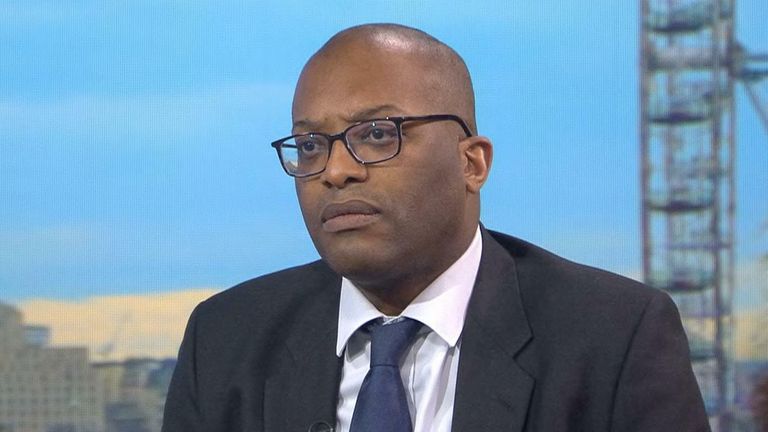 In 2020, fact-checking charity Full Fact looked into the claim Sir Keir had stopped Savile being charged in 2009, when Sir Keir was head of the CPS.

It said the decision not to prosecute Savile was made on the grounds of “insufficient evidence”, with the allegations against the disgraced DJ dealt with by local police and a reviewing lawyer for the CPS.

“A later investigation criticised the actions of both the CPS and the police in their handling of the situation,” Full Fact found.

“It did not suggest that Mr Starmer was personally involved in the decisions made.”

Former BBC television and radio presenter Savile, who died in 2011, is believed to be one of Britain’s most prolific sex offenders.

He was never brought to justice for his crimes.

Boris Johnson's chief of staff has brushed off the suggestion that a new package of cost of living help is timed to de...

END_OF_DOCUMENT_TOKEN_TO_BE_REPLACED

Another 36 monkeypox cases have been detected in the UK, taking the total to 56.All the new infections are in England,...

END_OF_DOCUMENT_TOKEN_TO_BE_REPLACED

A woman who was groped by Jimmy Savile on Top Of The Pops fears Steve Coogan will "struggle" to portray the "monster" ...

END_OF_DOCUMENT_TOKEN_TO_BE_REPLACED

Stars from across the globe descended on the red carpet ahead of premieres for upcoming films that are set to take pla...

END_OF_DOCUMENT_TOKEN_TO_BE_REPLACED

A flick of the kettle, another rummage in the fridge - for Boris Johnson it's all too tempting when working from home....

END_OF_DOCUMENT_TOKEN_TO_BE_REPLACED

Joe Biden has named Karine Jean-Pierre to be the next White House press secretary, the first Black woman and openly LG...

END_OF_DOCUMENT_TOKEN_TO_BE_REPLACED

Local Elections 2022: What would success look like for Boris Johnson and Keir Starmer?

Votes are starting to be counted in a set of elections that will help us gauge the political fortunes of Boris Johnson...

END_OF_DOCUMENT_TOKEN_TO_BE_REPLACED

Tottenham run riot So there we have it, Tottenham blow away Newcastle in a 5-1 thrashing at White Hart lane. After a cagey first hal...

END_OF_DOCUMENT_TOKEN_TO_BE_REPLACED

Cost of living: Will a move to renewables save us money on our energy bills?

Figures seen by Sky News suggest that the cost of producing energy from wind will be less than half the cost from gas ...