Holidaymakers and industry groups have hit out at the late decision to make Britons quarantine for 10 days when they return from France.

From Monday, UK residents who have had two COVID jabs will no longer have to isolate after returning to England from amber list countries such as Spain, Portugal and Greece.

France was meant to be part of the plan, but on Friday evening the government said it would be excluded while it looks at latest data on rising cases of the Beta variant in the country.

It means travellers must continue to quarantine for 10 days.

They must also have a coronavirus test on the second and eighth day – however the option of ending isolation early on day five with a separate test will remain.

The policy switch has angered Britons currently on holiday in France, while Easyjet’s boss said it “pulls the rug” from people already on trips to the country.

Transport Secretary Grant Shapps defended the government’s approach and said it was committed to safely reopening international travel but that public health was the priority.

Georgina Thomas, a fully-vaccinated nurse who has been visiting her parents in France, said she couldn’t understand the decision.

“I’m frustrated with the inconsistent approach the government are taking, it doesn’t all appear logical,” the 32-year-old told the PA news agency.

“If a quarantine is necessary then so be it, but I’m confident that my risk will be higher when I return to the UK.”

Graham McLeod, from Bolton, who has been staying on on France’s Atlantic coast, said he would also have to isolate despite being double-jabbed.

The 63-year-old called it “inconsistent, irregular, unclear and frankly unworkable”.

“We struggle to understand the sudden desire to introduce quarantine for returnees from France and cannot help feel this has far more to do with politics and much less to do with science,” he added.

Travel industry body ABTA called it another setback for holiday firms that would “undoubtedly dent consumer confidence in overseas travel”.

Easyjet boss Johan Lundgren said it “pulls the rug” from under people already in France, or those who had booked to go.

“The traffic light system is falling apart with the government making it up as they go along and causing confusion and uncertainty. It is not backed up by the science or transparent data,” he said.

“Once again the travel industry and the British people are paying the price,” he said.

While current Beta – or South Africa – variant cases are not high enough to put France on the red list and enforce hotel quarantine, the government said the risk must be guarded against.

UK cases are massively dominated by the Delta variant and there are concerns some vaccines may be less effective against the Beta type.

“Travel will be different this year and whilst we are committed to continuing to open up international travel safely, our absolute priority is to protect public health here in the UK,” said Mr Shapps.

“We urge everyone thinking about going abroad this summer to check their terms and conditions as well as the travel restrictions abroad before they go.”

And newly appointed health secretary Sajid Javid said the government had been clear they “will not hesitate to take rapid action” if necessary. 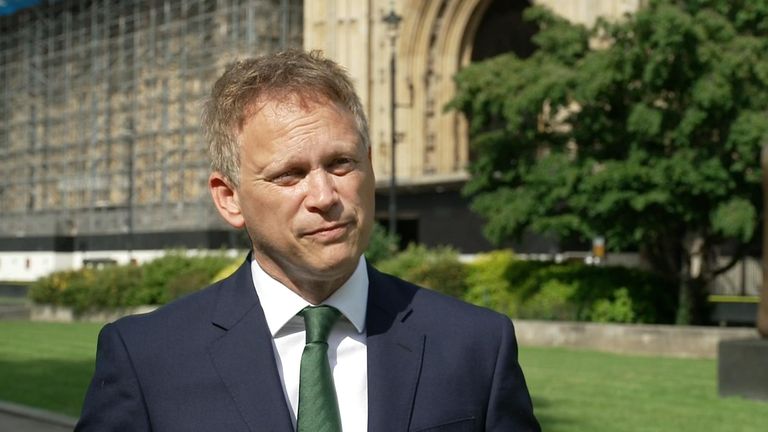 14 July – Disruption to travel should be expected – Shapps

“With restrictions lifting on Monday across the country, we will do everything we can to ensure international travel is conducted as safely as possible, and protect our borders from the threat of variants,” Mr Javid said.

UK Health Security Agency chief executive Dr Jenny Harries added: “As we ease restrictions and begin making our way back to a normal life, its more vital than ever that we listen to the data and act decisively when it changes.

“While vaccines are helping us turn the tables against this virus, we need to continue to proceed cautiously.

“That means maintaining our defences against new variants and protecting our hard won progress through the exceptional vaccination roll out.”

The department also clarified that amber list exemptions for key workers including hauliers would remain in place.

Keep up to date with all the latest transfer news, views and rumours from the Premier League and beyond.Manche...

END_OF_DOCUMENT_TOKEN_TO_BE_REPLACED

WhatsApp is launching three new privacy features alongside a billboard and television advertising campaign across the ...

END_OF_DOCUMENT_TOKEN_TO_BE_REPLACED

The battle to be the next leader of the Conservative Party - and prime minister of the United Kingdom - continued on S...

END_OF_DOCUMENT_TOKEN_TO_BE_REPLACED

Revealed: How much money UK government could lose if Rwanda scheme blocked

The UK government faces losing £120m if its plan to deport asylum seekers to Rwanda is ruled unlawful by the courts.Th...

END_OF_DOCUMENT_TOKEN_TO_BE_REPLACED

They say it is apocalyptic heat. In southwest France, insatiable wildfires are ravaging the forest and threatening tho...

END_OF_DOCUMENT_TOKEN_TO_BE_REPLACED

185,000 children were victims of forced adoption – now, the government is being urged to apologise

The course of Ann Keen's life changed the moment her family doctor - to her embarrassment - confirmed that she was, in...

END_OF_DOCUMENT_TOKEN_TO_BE_REPLACED

Denzel Washington was forced to pull out of a White House ceremony in which he was due to be awarded the Presidential ...

END_OF_DOCUMENT_TOKEN_TO_BE_REPLACED

‘Downblousing’ and pornographic deepfakes should be made illegal, the government is told

The sharing of "downblouse" images and nude photos or videos without consent should be made crimes, the Law Commission...

END_OF_DOCUMENT_TOKEN_TO_BE_REPLACED

Boris Johnson has pledged to "keep going" as prime minister despite 17 MPs resigning from his government. Asked at Pri...

END_OF_DOCUMENT_TOKEN_TO_BE_REPLACED

People in France should wear masks again in crowded areas, particularly if they are on public transport, to help tackl...

END_OF_DOCUMENT_TOKEN_TO_BE_REPLACED

The government has appointed a new cost of living business tsar to help support people with rising bills.David Buttres...