WhatsApp messages between disgraced former Tory MP Owen Paterson and then-health secretary Matt Hancock have revealed the extent to which he was lobbying on behalf of a firm paying him more than £8,000 a month.

Mr Paterson resigned from the Commons in November last year after he was found to have breached lobbying rules through his consultancy work for health firm Randox.

Before he quit, Boris Johnson demanded Tory MPs reject the standards committee’s suggestion Mr Paterson be suspended – only to then make a U-turn, kicking off a wider Westminster sleaze scandal.

It also led to a by-election in North Shropshire, which the Tories lost to the Liberal Democrats.

More: MPs give up second jobs worth £250k a year in wake of Westminster sleaze row

Randox was paying Mr Paterson, who had been the North Shropshire MP since 1997, £8,333 a month for 16 hours work, the register of financial interests showed.

On Friday, the government released documents, forced by Labour, showing the extent to which Mr Paterson was pushing the then-health secretary over Randox’s offers to provide COVID testing.

Nearly £600 million worth of COVID testing contracts were awarded to Randox, with normal competition rules skipped due to the emergency situation.

Mr Paterson said he told Mr Fitzgerald to “expect an email” from the health secretary, who contacted the Randox boss that night.

Mr Hancock then told Mr Paterson on 5 February 2020 that Public Health England (PHE) would be in touch with Mr Fitzgerald “directly”.

On 25 February, Mr Paterson again contacted Mr Hancock, saying Randox had not been contacted by the government for 19 days, while its test kits had been shipped to “China, Mexico, Ukraine, Oman, Tunisia and Guatemala”.

He added: “PHE’s attitude looks incomprehensible given current developments. Are you voting today? Can we discuss briefly? Great announcement on pharmacies by the way!”

Mr Paterson then told Mr Hancock there is “absolutely no sense of urgency”.

Forwarding Mr Paterson’s messages on to officials, Mr Hancock called him “Owen Patz” and asked for “chapter and verse” on the situation, saying he was “very worried about this”.

“If we are treating other companies like this we are failing,” the then-health secretary added.

In later messages, before a meeting, a senior official in then-health minister Lord Bethell’s office said on 11 May 2020: “Lord Bethell has indicated that he would like a 1:1 with Owen Patterson [sic] beforehand as well (who I understand is a consultant employed by Randox).”


Paterson had ‘fallen foul of the rules’ – PM

Mr Paterson calls for Randox to be reconsidered

In July 2020, it was found some Randox kits may not meet safety standards, and one email said: “PM worried about swabs and the number of swabs that turned out not to be sterile when tested.”

But in September 2020, Mr Paterson sent a WhatsApp message asking Mr Hancock to “revisit even briefly and privately” the long-term future of Randox’s involvement in testing, as he had visited the firm in Northern Ireland for the first time and was impressed.

He added there was “widespread exasperation that Randox’s achievements have not been promoted”.

In October 2020, Mr Paterson complained that a story in The Guardian said the government “only gave Randox the testing contract because I’m a paid consultant”.

He asked Mr Hancock: “If it comes up, can you kill this once and for all as I know absolutely nothing about the contact?”

Also revealed was the fact Lord Agnew, who suddenly resigned last month as the minister in charge of tackling COVID fraud, warned Mr Hancock the government was “paying dramatically over the odds” for Randox’s tests. 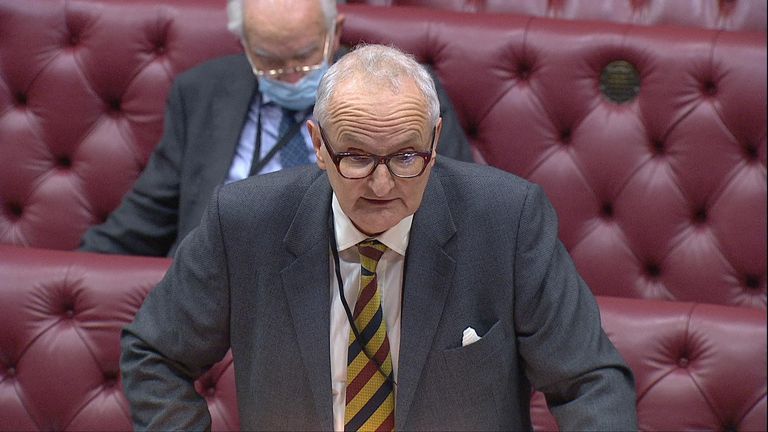 Labour’s deputy leader Angela Rayner said: “It is now beyond any doubt that Owen Paterson was guilty as charged and the prime minister personally intervened to protect him regardless. No wonder standards in government have collapsed.”

She said the documents have “blown apart months of denial”.

A Randox spokesman said: “It is clear from these papers that the company has delivered a vital and core part of the UK’s testing capacity.

“Randox remains proud of its performance and delivery of COVID-19 testing throughout the pandemic. To date, Randox has reported almost 24 million PCR results and has played a key role in both keeping people safe and sustaining vital national infrastructure.” 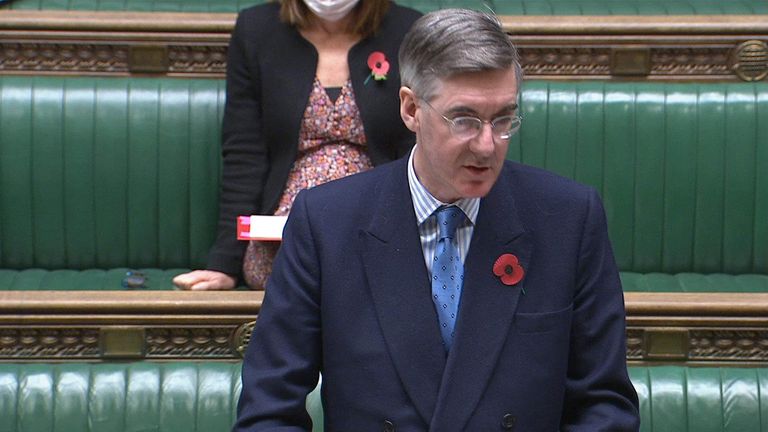 
U-turn over blocking of MP’s suspension

Health Secretary Sajid Javid said the government took “every possible step to rapidly build the largest testing industry in UK history from scratch”, which has saved lives, with Randox’s service “integral to that response”.

“There are robust rules and processes in place to ensure that all contracts are awarded in line with procurement regulations and transparency guidelines and that any potential conflicts of interest with respect to commercial matters are appropriately managed,” he added.

“Ministers are not involved in the assessment and evaluation process for contracts.”

Liz Truss is set to face a wretched week at the Tory Party conference after the disastrous reaction to Kwasi Kwarteng'...

END_OF_DOCUMENT_TOKEN_TO_BE_REPLACED

Michael Gove has backed Rishi Sunak to be the next Conservative leader and prime minister, as he accused Liz Truss of ...

END_OF_DOCUMENT_TOKEN_TO_BE_REPLACED

Liz Truss is set to win the Tory leadership contest by a decisive margin next month, according to an exclusive Sky New...

END_OF_DOCUMENT_TOKEN_TO_BE_REPLACED

Baking a salted owl and grinding it into powder to treat gout is one of the bizarre suggestions found among thousands ...

END_OF_DOCUMENT_TOKEN_TO_BE_REPLACED

Facebook has defended itself after court documents emerged showing that it provided chat messages to police which are ...

END_OF_DOCUMENT_TOKEN_TO_BE_REPLACED

WhatsApp is launching three new privacy features alongside a billboard and television advertising campaign across the ...

END_OF_DOCUMENT_TOKEN_TO_BE_REPLACED

Rishi Sunak was deemed to have won Sky News' Battle for Number 10 after the majority of audience members voted for him...

END_OF_DOCUMENT_TOKEN_TO_BE_REPLACED

Conservative members are facing delays in receiving their postal ballots to vote for who they want to be the party's n...

END_OF_DOCUMENT_TOKEN_TO_BE_REPLACED

Tory leadership race: Tugendhat admits foreign secretary ‘would be a fantastic job’ – but says Truss has ‘promised nothing’

Tom Tugendhat has admitted foreign secretary "would be a fantastic job to do" - but insisted Tory leadership frontrunn...