If the geopolitical cliche during Donald Trump’s presidency was, at least for a while, his bromance with Vladimir Putin, the Russian leader has turned his affections very much in the opposite direction.

This was President Putin’s 38th meeting with his Chinese counterpart – the two united in their dislike of the big, bad wolf of US hegemony; President Xi Jinping also relaxed in the knowledge that Mr Putin needs China – and especially the Chinese energy consumer – rather more than Xi Jinping needs him.

In a joint statement, China and Russia decried the way “certain states” sought to impose their own democratic standards on others, drawing “dividing lines based on the grounds of ideology, including by establishing exclusive blocs and alliances of convenience”.

No to NATO expansion, they declared. Yes to the One China policy. Yes, to Russia’s quest for security guarantees in Europe.

Theirs was a friendship with ‘no limits’. Where their unique forms of democracy, millennia in the making, were just exactly what their people wanted them to be.

“It is only up to the people of the country to decide whether their state is a democratic one”, the statement reads.

The kind where whoever you vote for, the same man always wins.

Read more: Moscow’s plans ‘ruined’ after US and Britain call out possible invasion
‘We need to get used to this’: Ukrainians fatalistic about latest Russian threat
Russia and China show a united front amid rising tensions with West

Putin sounding out his options

But lofty principles aside, the China-Russia axis has for a while now provided a significant Eurasian tilt to the geopolitical scales, given perhaps an extra weight by the US departure from Afghanistan and the accompanying loss of global moral standing.

With troops encircling eastern Ukraine and the threat of sanctions from hell (if so much as a Russian toecap enters Ukraine, per the Prime Minister, Boris Johnson), Vladimir Putin needs to sound out his options.

Thus the talk of a substantial increase in bilateral trade and the increased use of local currencies to settle trades, if Russia ends up being excluded from dollar transactions. 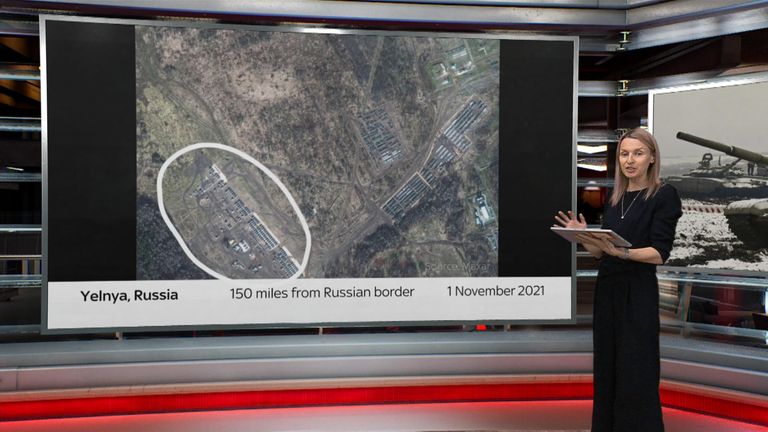 Russia also needs to look to what China could offer up in the form of, for example, microchips if the West were to impose export controls.

The question is whether those chips would do the same job that Russian businesses and consumers have come to rely on in their manufacturing and everyday processes, most of which come from the West.

But it wasn’t there that deals were done.

One deal was signed for 10 billion cubic metres of gas to China from Russia’s Far East and another for Rosneft to bring in oil via Kazakhstan.

Bring Rosneft CEO Igor Sechin along on the trip and it is clear the really big business with China is energy – oil and gas.

Mr Putin described the Chinese leader as a “partner that you can rely on”.

He has few of those at the moment and he will have even less if he chooses the path of conflict in Ukraine.

He must hope the unlimited friendship that both countries boast of stays that way.

END_OF_DOCUMENT_TOKEN_TO_BE_REPLACED

Soviet leader Mikhail Gorbachev had a "huge impact on the course of world history" who found his "own solutions to urg...

END_OF_DOCUMENT_TOKEN_TO_BE_REPLACED

China says it is "ready to defeat any provocation" as two US Navy warships sail through international waters in the Ta...

END_OF_DOCUMENT_TOKEN_TO_BE_REPLACED

Boris Johnson has admitted that the cost of living support the government is providing is not enough - but he refused ...

END_OF_DOCUMENT_TOKEN_TO_BE_REPLACED

Sir Martin Sorrell is turning to a former boardroom colleague to help rebuild investor confidence in S4 Capital, the m...

END_OF_DOCUMENT_TOKEN_TO_BE_REPLACED

Debris from a rocket that boosted part of China's new space station into orbit has fallen into the sea in the Philippi...

END_OF_DOCUMENT_TOKEN_TO_BE_REPLACED

Ukraine: Putin-bashing Russian journalist has no regrets despite facing hostility from all sides

It's been a hard couple of months for Marina Ovsyannikova, the Russian state TV journalist who burst onto an evening n...